Farmsquare Posted on January 28, 2016
Nigeria is the largest producer of cassava roots in the world. This implies availability of raw materials to cassava processors. Also, gari, a by-product of cassava, is a popular staple eaten by almost all Nigerians. A population of about 200 million people is definitely a huge market for producers. Head of Agro-Economy Desk, FEMI IBIROGBA, writes on the basic requirements for starting a gari processing business.

The Consultative Group on International Agriculture and Research’s (CGIAR) estimation of gari production per annum in Nigeria is nine million metric tonnes.

Gari is made from cassava, the main food crop across West Africa, and Nigeria is ranked the largest producer of the root crop in the world. This ensures availability of raw materials for production of gari.

One of the factors in production business survivability and success is constant and timely supply of affordable raw materials. Hence, production of gari is enabled with the all-year production and supply of the root crop as obtainable in Nigeria.

Communication and Knowledge Sharing Expert of the International Institute of Tropical Agriculture (IITA), Godwin Atser, told The Guardian that the country produces over 50 million metric tonnes of cassava yearly, making it the largest producer so far.

The word ‘gari’ is believed to have its origin in Hausa language and it is used for granular powder. However, it has metamorphosed into a national, if not regional or international staple.

It is consumed in different forms. Some people, tertiary institution students inclusive, soak gari and eat it with fried meat, chickens, barbecue or groundnuts and sugar. Gari is also sprinkled on cooked beans. The thick, starchy eba is prepared with hot water and is eaten by almost cultures in the country.

Why investing in gari production?
Gari implies a big business in Nigeria, not only because of a huge and growing population, but also because it serves the need and budgets of the resourced impaired Nigerians. The World Bank report in the third quarter of 2108 said Nigeria was becoming a home to the largest number of extremely poor people around the world. Hence, millions of Nigerians and thousands of households rely on available cheaper foods. Gari is one of them.

The above is not an indication that gari is poor or nutritionally deficient. In fact, scientists and researchers around the globe have constantly improved on the nutritional quality of cassava through bio-fortification. Cassava has been bio-fortified with vitamin A to improve on sight and tackle vitamin A deficiency among millions of children and women in Africa.

Two major international bodies driving the adoption and consumption of bio-fortied gari, having realised the extent of the disease burden of vitamin A deficiency on Nigeria and Africa, are Harvest-Plus Nigeria and International Potato Centre, all being members of the CGIAR group.

Apart from profit taking, solving a national health challenge by processing vitamin A-fortified cassava into gari and feeding resource poor people with quality food are a worthwhile and rewarding adventure.

Strictly on business, it is assumed that over 100 million Nigerians consume cassava products, gari inclusive. This, to an entrepreneur, is a huge market, and a compelling reason for investments.

How to process cassava into gari
Gari is processed by peeling, washing, grating and fermenting the mature cassava roots. After a few days of fermentation, say three to five days depending on preference, the grated mash is bagged, de-watered and grated again. The second grating will make the granule smaller and friable.

The granulated product is then roasted through a fryer, which could be manually or mechanically. Sources of fire for frying gari include charcoal, firewood, diesel or gas burners. 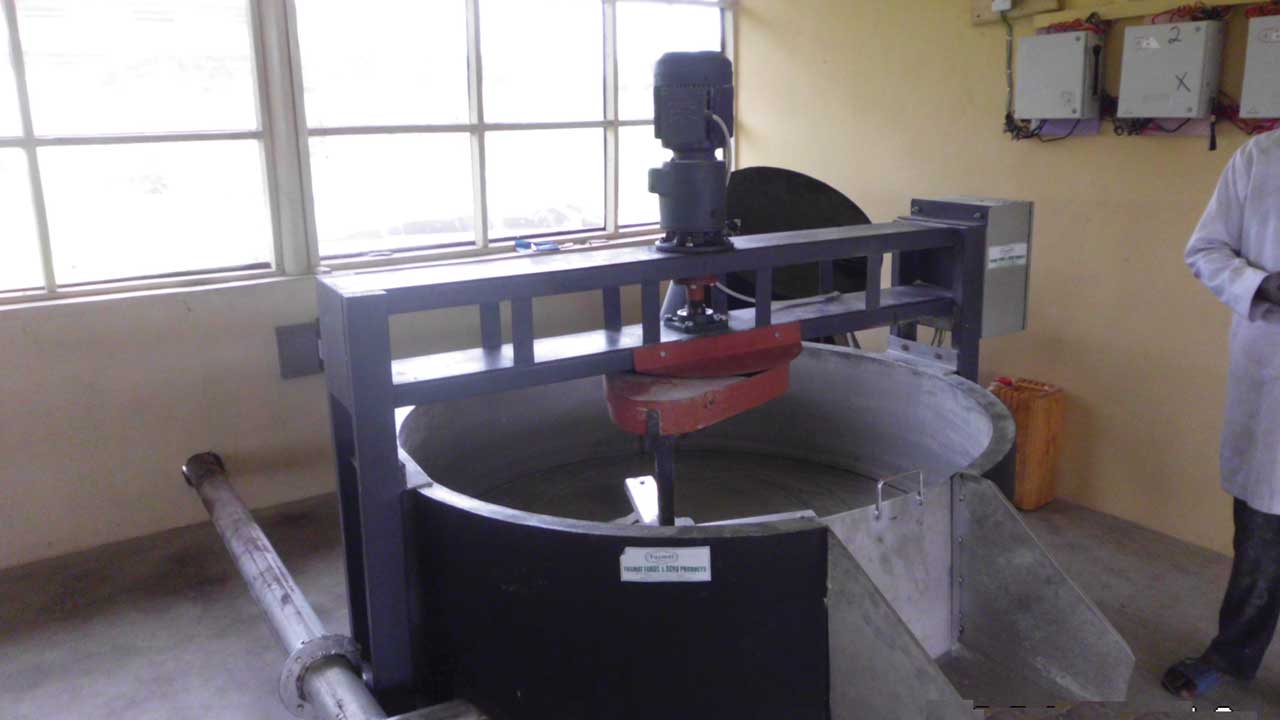 Expert’s advice
Professor Kolawole Adebayo, Regional Coordinator of the Cassava: Adding Value for Africa (C:AVA), a value chain development project sponsored by the Bill and Melinda Gates Foundation, explains to The Guardian that to start a standard small-scale gari processing business, there are three broad categories of requirements.

The first one is a building, while the second and the third are machinery and packaging materials respectively.

Adebayo said: “You will need an open sided building that allows you to receive fresh cassava roots directly from vehicles. Then, that building will be divided into two additional parts. There will be a wet section and a dry section.”

The wet section, Adebayo added, is the place where all the wet operations after peeling are done. The wet operations include washing, grating, fermentation and pressing. Then, the fermented and de-watered matter would be sieved or re-grated using the same grater or a separate one. Then the content is moved to the dry section.

The value chain development professor said the dry section starts with roasting, and ends with packaging. After the packaging, it is moved to the store or supermarkets. Well processed and properly packaged gari would last for at least one year.

The second elements are the equipment. Now, at a reasonable level of gari processing factory, where half a tonne of gari could be processed daily, a grater, about 500-1000kg capacity per hour, to grate freshly peeled cassava roots, would be needed.

Other machines and tools include a press, an automated or semi-automated fryer, a sieving machine and some huge special buckets for fermentation, in addition to packaging bags and sealers.

There are different types of the roasters or frying machines and they are semi-automated and fully automated ones. The semi-automated ones are gas fired, with a wide pan, but turning the gari requires manual inputs. However, in the automated frying, once the rotating arm is switched on, no manual input or turning is required until the gari is ready to be collected. The frying machine also comes with a thermometer to monitor and regulate the heat. So, both machines are available with different capacities. 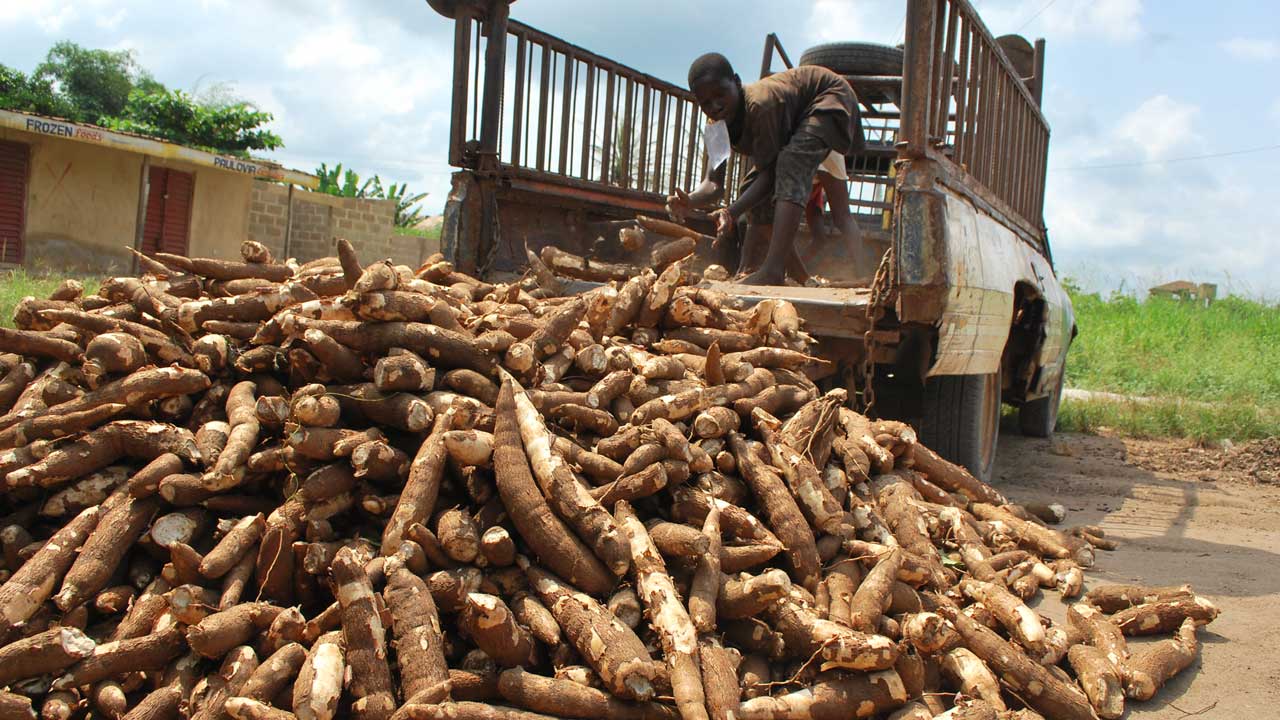 The third requirements include the packaging machine and materials. The packaging material is determined by the size of the market a producer targets. Is it the 50kg market, the 5kg market or the 2kg market?

“At the 5kgs downwards, what I will recommend is just a sealing machine so that you can package 1kg, 2kg and 5kg of gari. If you are going for an automated packaging machine at this level of production, you will be under-utilising the capacity,” Adebayo advised.

“About N3 million will required for the equipment, apart from some funds for the building and running cost. You will need a generator and possibly a borehole or well as a source of reliable water,” he added.

A processor’s comment
Speaking as a machine fabricator and gari processor, Mr Adeniji, who cultivates and processes cassava into various products in Oyo State, affirmed that a grater, a fryer, a dewatering machine and a vibrator are the essential machines.
These machines, at a small-scale level, would cost about N5 million, Adeniji added.
The profit margin, Adeniji said, is at least about 20 per cent of the cost of production per cycle, depending on the cost of cassava roots.
If a processor is also the cultivator of the roots, a great margin of profitability is expected, and if the cost of producing the roots is efficient with the use of mechanisation, the margin would be greater.