Cockerels are raised for meat. They take six months to one year to fully mature, depending on the quality of management provided.

The difference between black and white cockerels is not really much, but it is believed that the black cockerels are more disease resistant, most preferred by consumers, and convert feed better than the white cockerels.

The farmer prefers to rear cockerel than broiler because of low cost and lesser susceptibility to disease compared to broiler production. Cockerels are raised in both urban and rural areas. 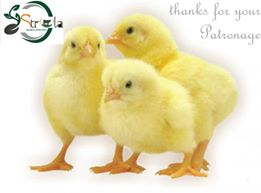