SC 719 Maize Hybrid Seeds is widely known for its high yielding capabilities and large grain size. It is a late maturity variety that possess a semi white dent grains.

Maize is a preferred choice for both irrigated and high rainfall areas. It is a well adapted hybrid seed with high resistances to most maize diseases.

SLC Multiventure
0 out of 5
SKU: AM083 Category: Seeds/Seedlings

It is produced by Seedco, an Africa Company. Sc 719 is a preferred choice for both irrigated and high-rainfall areas. It is a well-adapted hybrid seed with high resistance to most maize diseases.

It has significant vegetation, long and large ears with excellent root systems that make it tolerant to lodging.

Maize, Zea mays is the most abundantly produced cereal in the world. More than 300 million Africans depend on maize as the main staple food crop. All parts of the crop can be used for food and non-food products. Maize accounts for 30-50% of low-income household expenditures in Africa. Over 30% of the caloric intake of people comes from maize. For these reasons, several African countries that depend on maize as a staple food crop, have adopted agricultural policies to maintain a steady supply of the commodity through increased production and productivity of the crop. Maize is also consumed as a vegetable and it is rich in dietary fiber and other nutrients.

It is an N-use efficient, responds to good fertilization and free ecology. Like most maize crops, 6-8 bags of NPK/HA and 2-3 bags of urea in split application, inputs should be based on soil analysis.

25 x 75 cm to give 53,000 plants through plant population up to 60,000 plants per hectare can be recommended with good fertilization.

RVertrag Agro Store
0 out of 5 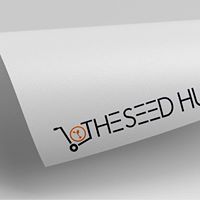