President Muhammadu Buhari of Nigeria paid a visit to Lagos on Tuesday to open the Dangote fertilizer facility, which is said to be one of the world’s largest fertilizer factories.

Dangote fertiliser factory has a capacity of producing 3 million tonnes of urea and ammonia per year, and it cost $2.5 billion to build.

The plant’s opening occurred at a critical time for the world, which is grappling with supply shortages and unprecedented inflationary pressures. Fertilizer costs, in particular, have risen to new highs, raising worries of worldwide famine and the highest degree of food poverty since World War II. 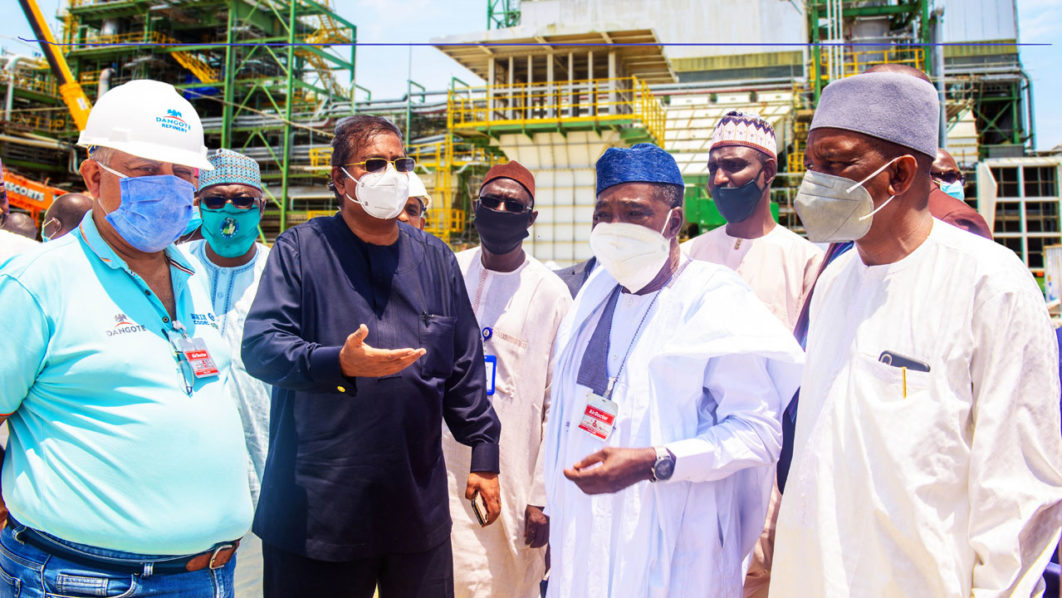 Because fertilizer plays such an important role in the food supply chain, it’s important to spotlight some of the country’s fertilizer factories.

Other Notable Fertiliser Plants In Nigeria;

The factory was completed in 2016 and is located in Port Harcourt, Nigeria. It can produce 2300 tons of ammonia per day and 4000 tons of granular urea per day, making it the world’s largest single-train urea plant.

Edo State Fertilizer Plant is located in the state of Edo. The Lucky Igbinedion administration built the factory almost 18 years ago, however it was abandoned until 2017.

Notore, originally known as the Nigerian Fertilizer Company (NAFCON), is a vertically integrated agro-allied and chemicals company based in Onne, Rivers State. The corporation is in the business of producing and selling fertilizer.

The recent supply shortage in global fertilizer prices, which has seen the price of fertilizer rise to an all-time high, is a source of concern for Nigeria, given that we rely largely on fertilizer imports.

Farmsquare Posted on November 23, 2022
Lagos Explains The Benefits of Selling Rice And Vegetable Oil To Consumers Directly The Lagos State Government has stated [...]

Farmsquare Posted on November 21, 2022
Nigerian Ginger Can Compete Favorably In Global Market Nigerian ginger must be produced without alfatoxins, which are the most [...]